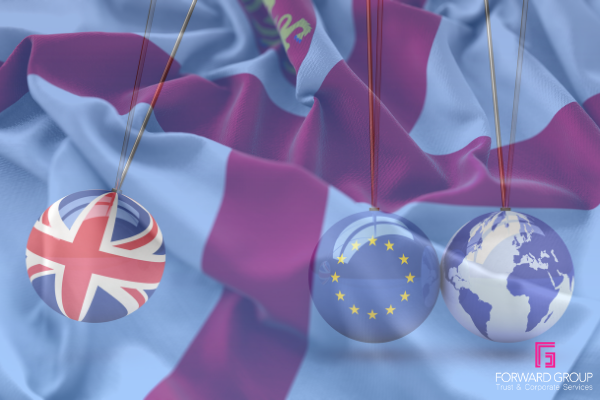 Is this a case of post Brexit ‘Muscle flexing’ from the corridors of power at Brussels? Given that the Brexit deal was based upon “mutual values, geared towards common prosperity, which automatically excludes aggressive tax competition” – some may argue that this may well be the case.

Jersey’s tax regime was re-assessed in 2017 and it was confirmed that Jersey was a cooperative jurisdiction for tax purposes. This resulted in the adoption of economic substance legislation at the end of 2018. However, it appears that’s the EU’s stance does seem to have hardened following Brexit and there is less ‘goodwill’ for Jersey, the crown dependencies and Overseas Territories.

‘Jersey is a leader when it comes to tax compliance, co-operation and transparency, something that has been verified time and again by bodies including the OECD, the FATF and indeed the EU, so there would be no grounds for any blacklisting by the EU Parliament,’

‘Jersey is not a tax haven. Jersey is one of the best-regulated international finance centres – we have been acknowledged by independent assessments from some of the world’s leading bodies, including the World Bank and IMF, as well as scoring top marks from the OECD on tax transparency.’

He added: ‘The industry will continue to work with government and the regulator in helping to ensure that both our robust regulatory regime and our commitment to tax transparency and co-operation with tax authorities, such as those in the EU, are recognised by all key European bodies. The Channel Islands have a representative office in Brussels.’

The final decision will rest with the representatives from the 27 member states with aim of the EU compiling a legally binding resolution by the end of 2021, so it is expected that discussions and coverage of the matter will continue for some time yet.

The team at Forward will continue to keep all our followers and clients updated through our social media channels and blog posts, so make sure you like and follow our LinkedIn & Facebook pages.