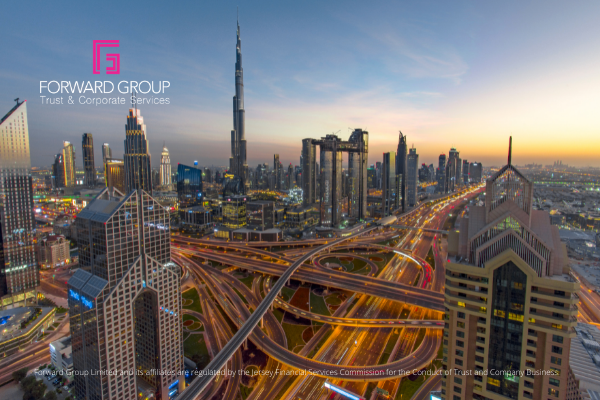 The recent event in Dubai ‘Jersey and the GCC: An Enduring Partnership in the Gulf’ marked the 10th anniversary of Jersey Finance having a presence in the UAE. It concluded with the signing of a Memorandum of Understanding (MoU) with the Dubai International Finance Centre (DIFC) Authority at a conference in Dubai.

The MOU puts in place a comprehensive framework to facilitate new ways of working to position DIFC and Jersey as global business and innovation hubs. The signing was attended by Joe Moynihan, the chief executive of Jersey Finance, An Kelles, director for the GCC, and Faizal Bhana, director for Middle East, Africa and India.

At the event, Jersey Finance also launched a significant study into the attitudes towards the Islamic finance wealth management market by Muslim high net worth individuals (HNWIs). The key finding were as follows:

Arif Amiri, chief executive of DIFC Authority, said: “Our relationship with Jersey continues to grow and today’s partnership is testament to our joint commitment to driving the future of finance and innovation.”

The MoU followed shortly after the Government of Jersey also signed a new Bilateral Investment Treaty with the UAE to support investment flows between the jurisdictions and protect investors.

“This mutually beneficial relationship has put us both in a really good position, able to support the increasingly complex needs of investors in Dubai, the wider GCC region and around the world.”

This year marks 15 years since Jersey’s regulator, the Jersey Financial Services Commission (JFSC), signed its first agreement with the Dubai Financial Services Authority, while in 2011 Jersey set up its first office in the UAE and a further agreement was signed with the Central Bank of the UAE. In 2018, Jersey became the first IFC to have an office within the DIFC.

The team at forward is ideally placed to support the requirement of the HNWI and their advisers from most jurisdictions. Being independent means our core values and ethos focus on staff expertise and high-quality service levels supporting Wealth Succession and Private Client solutions in an efficient and effective manner. After all, we are called Forward for a reason!